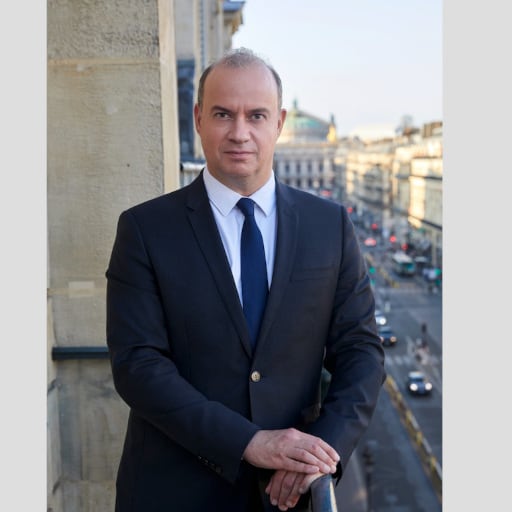 CEO, Chief Investment Officer and Founding Partner, LONVIA Capital. He began his career in 1998 at Rothschild as a financial analyst. In 2007, he joined Barclays Wealth Managers Paris as vice president. In 2012, he was appointed Deputy Director of Equities and Convertibles at Groupama Asset Management.

Cyrille holds a master’s degree in Finance from the ESCP and is a graduate in economics from the Paris 1 Sorbonne University.

Risk Statement / Disclaimer: Data is collected by Vadevalor. Care has been taken to ensure that the information is accurate, but Vadevalor neither warrants nor guarantees the contents, nor does it accept any responsibility for errors, inaccuracies or omissions herein. Past performance does not necessarily indicate future returns and should not be the sole reason for making an investment decision. The value of investments and any income from them can fall as well as rise. This listing is for informational purposes only. You should not construe any of this material as investment, financial or other advice.

You can find out more about which cookies we are using or switch them off in settings.

This website uses cookies so that we can provide you with the best user experience possible. Cookie information is stored in your browser and performs functions such as recognising you when you return to our website and helping our team to understand which sections of the website you find most interesting and useful.

Strictly Necessary Cookie should be enabled at all times so that we can save your preferences for cookie settings.

If you disable this cookie, we will not be able to save your preferences. This means that every time you visit this website you will need to enable or disable cookies again.

This website uses Google Analytics to collect anonymous information such as the number of visitors to the site, and the most popular pages.

Please enable Strictly Necessary Cookies first so that we can save your preferences!